Family Business Feuds and How Stop Them Being Fatal 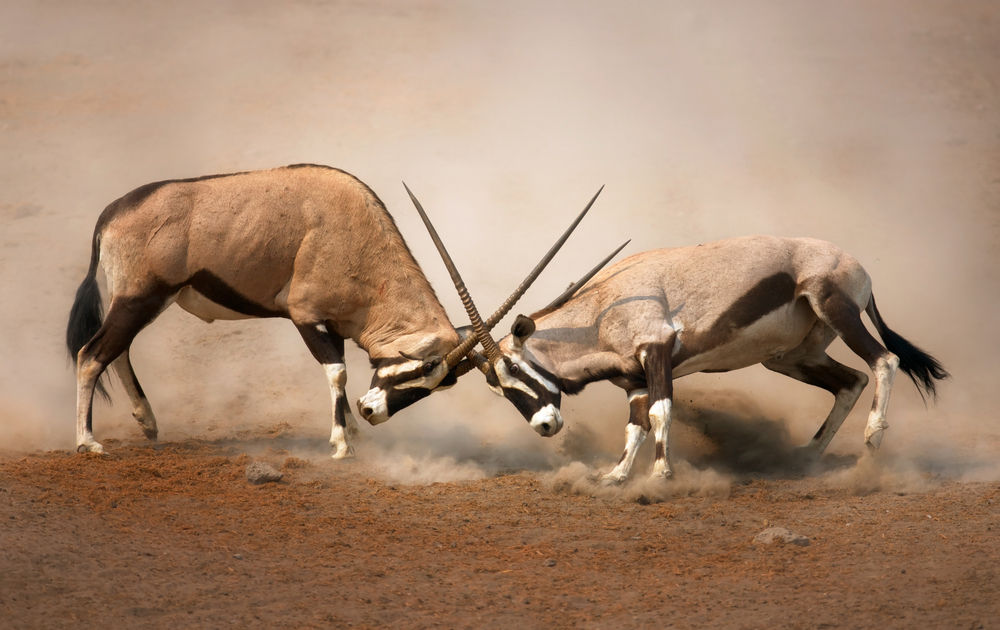 Serious feuds over the family business are generally less common during the first generation of ownership with problems often arising when there is more money, more power and more status involved.

Family feuds – whether they start in the family and spill over into the business or start in the business and affect the family – are a major reason for why family businesses have such a poor survival rate with only 30% successfully transitioning to the second generation, 12% to the third and 3% to the fourth. But in my experience, serious feuds over the family business are generally less common during the first generation of ownership with problems often arising when there is more money, more power and more status involved.

Family businesses can fail for a multitude of reasons, just like any other business: market factors, unresolved discord, bad management, lack of succession planning and of course there are unforeseen circumstances or catastrophes. But when family members need to take decisions they tend to be influenced by emotional factors with associated bias and sometimes resentment.

Because of my work with families of ultra-high-net-worth I concern myself most with robust planning for succession and wealth transfers but also with how to prevent and resolve discord before it damages the business. In this article I want to focus on the latter.

Why Conflict Can Be Worse in a Family Business

While conflict and disagreements can happen in any business, in family businesses it can be more intense and can spiral out of control due to a lack of boundaries or anyone impartial and with enough power to enforce them. For example in a non-family business a disagreement or tension between colleagues would be prevented from going too far by a manager, director, the HR department, or procedures outlined in an employee handbook. Even a disagreement between two directors would not normally get too far due to intervention from the chairman or impartial advisers.

While these same checks and rules to govern behaviour may also be present in a family business, family members may not abide by them. This is what allows a disagreement to balloon into the kind of bitter feud that can tear apart a business and a family.

This can be made worse by the fact that people are generally less careful about being polite when communicating with those closest to them which can make for efficiency but can also lead to bluntness and be viewed as a lack of sympathy. This can also lead to personal remarks and re-hashing of old arguments. Families are emotional, come with impassioned feelings, long and complex histories and indelible memories.

They can also be made more difficult due to family members’ failure to separate their relationship at home with their relationship in the business. Family roles and those established early on in life are rarely updated even as individuals grown up and see themselves differently. For example at home it is normally parents who make decisions and there is an unspoken assumption that these are followed by their children. In a non-family business, there aren’t many leaders who would exert their dominance in quite the same way as a parent would over a child but in family businesses this can happen. For a younger member in the family business, they may have a family of their own and be the matriarch or patriarch of their immediate family but then go to work and find themselves the ‘child’ again. When disagreement arises in such a circumstance rather than coming to a mutually satisfying solution younger members of the family could find themselves being forced to bend to their older family member’s way of thinking.

Also of concern is the intense pressure that can come with family businesses. The reputation of the family can be seen to be determined by the actions of its family members so individuals can feel steered, or pressured to meet the expectations of the family over their own individual needs.

The solution is to have written policies and procedures with a formal organisational structure for administering them. These should be created when there is no tension and everyone is thinking rationally. They must go beyond any existing staff handbook covering employee disputes and might be included in or referred to in a shareholder’s agreement or service contract to make them contractually binding just in case they need to be resolved in court.

There are myriad ways that might be used to deal with family disagreements over business decisions, a common solution being to have independent directors. Others might be to have a binding arbitration process or for a respected person or family member to have a casting vote. Crucially, before becoming an employee, director or shareholder, all family members should be inducted so they understand and sign up to the agreement.

A family charter could also be drawn up, ideally by involving all family members so everyone feels they own it in a way that makes it more likely to be followed. Like a business plan with statements of intent, such a charter is not legally binding but provides a guide to the family by setting out succession and ownership plans. In particular it is useful for managing the expectations of younger members as well as the investment in training and the personal and professional development that might be necessary to prepare them for promotion.

If these preventative measures are not effective, arbitration, conciliation or mediation services can help reach a resolution. Ideally family disputes should avoid ending up in court which is often counterproductive and expensive, both financially and psychologically with victories often being pyrrhic and tragic for both the business and family. The case of the Bamford family, one of Britain’s wealthiest families, and the two brothers’ feud over a £27,000 company and the surrounding press it garnered, is one I think most families would want to avoid.